When Tesla invited me to join their Early Access Program for a chance at testing the FSD Beta, I wasn’t the only one invited to be part of the program. At first, about 10 people only, from around the world (in USA really), were given the chance to become beta testers of the new FSD Public Beta program. The keyword here is “Public”. This small group of beta testers has grown to a larger group.

At the time of this article, there are probably between 1,800 to 2,000 beta testers of FSD, per Elon Musk Tweets, and probably closer to between 50 to 100 people that are showing videos of the beta to the general public.

Here is a short list of some of the testers that I have been able to talk to and compare videos of the FSD Beta with. I knew many of them from before we had FSD Beta, but I have also met many of them online, due the the fact that we are helping Tesla with this, and it is almost inevitable that we find each other’s content online.

Feel free to check them out. Everyone has a different style when making videos, so you will be able to see the capabilities from different perspectives.

Here are some of their YouTube channels (and mine):

Here is a document where I am also tracking every FSD Beta update I have received:

Since many new Tesla owners struggle with the basic aspects of road tripping with the Supercharger network at first, I want to provide highly valuable tips for beginners.

If you change the charging stops provided by the onboard navigation, it’s almost 100% guaranteed that you will delay your trip’s total time. Especially, when looking to arrive at charging stops with a higher state of charge on the battery. Why? Because charging will be slower and covering less distance per charge. Whenever you are driving with multiple stops to reach your destination, you want to drain as much battery as possible, to (a) cover more distance, and (b) to charge faster. Arriving with “a lot of juice” to charge actually delays trips.

As you do more road trips, you should get the hang of it, and realize that you can arrive with 1% to 5% with no anxiety. Then when you start charging, you will get a lot of energy really quick, and get enough charge to get to the next stop, without charging more than you need.

You can set the maximum charge to 100% and that will have no impact onto the actual road trip navigation instructions. When you start charging at every stop, the time remaining to charge is based on getting onto the next stop. But, if you miss when it says it’s ready to go, the instructions change to “how much longer it will take to your maximum configured charge”, thus delaying your trip. For example: Say your maximum charge is set to 90%. Plugging in may say you will be ready in 15 minutes and at 15 minutes, your range could be 150 miles.

When you have enough charge to leave, after a minute or two, the time to finish charging may change to 45 additional minutes. That’s 45 minutes delay on your trip, and you may not be able to get to a further charger anyway. This is where charging just enough, makes the biggest difference on your trip. This is not speculation. All of the above is based on driving USA coast-to-coast several times in my Model 3, and to Canada and back to South Florida.

If you have any questions, please, reach out to me directly on Twitter @TesLatino.

This morning, I read an article published in a major media outlet, by General Motor’s president, that frankly worries me. It feels like an article that tries to instill fear, instead of supporting an immediate move to drive electric vehicles. Of course, this way of thinking, is best for any manufacturer that is still unable to produce, only electric cars. So I understand it. But it is plain wrong, and misleading.

The first obvious, fear-proposing argument, is about the range. I am going to forget for a moment that any Tesla is capable of a lot more range, than what most people need on a daily basis. Take for example a VW e-Golf. With a claimed range of 126 city/111 highway, this may not seem like a good option to switch to electric. Not because of Volkswagen’s controversial cheating scandals, but because most people think they need to have a lot more range available, from a single charge.

This is inaccurate. Most people have an average of 20-30 miles of driving on a daily basis. So, let’s double that… no, let’s triple it. Let’s say you want to be able to cover three times the average daily driving needs, 60-90 miles. You see where I am going? Not everyone has a garage, but those that do have one, or that have access to an electric outlet where the car is parked, can wake up with a full battery, every morning. In the United States, there are many places where people can charge for free or at a very low cost.

Many employers are also installing EV chargers to incentivize employees. There are many shopping centers and government locations that also provide chargers. Additionally, keep in mind that there are more places with electricity, than there are gas stations. Mostly, any building is capable of trickle-charging or even fast charge an electric vehicle.

The most common argument about charging infrastructure, is that there is a lack of charging infrastructure. Again, this is misleading. It may be true under some circumstances, but for the vast majority of people, this is simply not an issue. Tesla alone has a massive infrastructure in the United States. Does it need to improve? Yes. Is it improving. That would be a solid, yes, and it is accelerating at an incredible pace. But Teslas are not the only electric vehicles out there. There are exponentially more EV charging stations in the United States, besides Tesla’s Supercharging network. A simple internet search will give you hundreds, if not thousands, of charging stations near most populated areas.

To be fair, there is room for improvement on those, regarding speed, and in some cases, availability, due to lack of regulations and enforcement by the authorities, to stop charing stations from being blocked by non-charging vehicles, but for most people, this should not be a problem. Again, the fact that most people can charge at home, should make this a non-issue.

This is another myth. Although it is true, that sometimes, the initial investment on an electric vehicle, is higher than its gasoline or diesel powered counterparts, the savings in total cost of ownership, make it a well balanced, and in many cases cheaper endeavor. There are many way to run the numbers, but just to give you an idea, an EV does not require frequent, oil changes, filter changes, and for most people, hardly ever brake pads need to be replaced, by using regenerative braking. Using the electric motor to slow down the vehicle, thus not wearing out the pads as much as people are used to. Now, how much is a life worth? When you learn the health benefits of not using a gasoline or diesel powered vehicle, and in many cases, the exponentially better safety from an EV, it is an even better story about cost, in favor of EVs.

My opinion is, that the spreading of negative information regarding ownership of EVs, gets amplified when the companies and people with enough influence keep doing it. Instead, they should try to influence change in a positive way. For example, instead of telling someone that they are better off buying a gasoline or diesel vehicle because they will have more options to “fill up”, we should be asking the right questions, and providing solutions, to make the transition to an EV, easy.

Q: Do you have a garage or can you park near your home?
A1: Yes.

That means that you almost never, have to go anywhere to charge your car. You can charge at home, and wake up with a full charge every day.

A2: I don’t have a garage or can park near my house to charge.

Here is a list of all the public charging locations near you.

This is only one example, of many, to help people on their transition to a sustainable-energy and transportation future.

I was able to meet with someone that has access to a beta version of the Advanced Summon Tesla feature. While I was with the beta tester, I was able to capture the behavior of a Tesla Model 3 on an empty parking lot.

While there were some glitches (what beta software doesn’t have them), I was very impressed with what I saw. The car went on multiple occasions, to different spots, as the commands were entered on the Tesla app.

It seems like by design, the feature is not meant to move a car from one parking spot to another. We could not get the car to park in a new location properly. However, it seems like it almost perfectly met the purpose of going from a parked location to its owner. By either using the “find me” feature, or by reaching a pin, dropped in the Tesla app map. 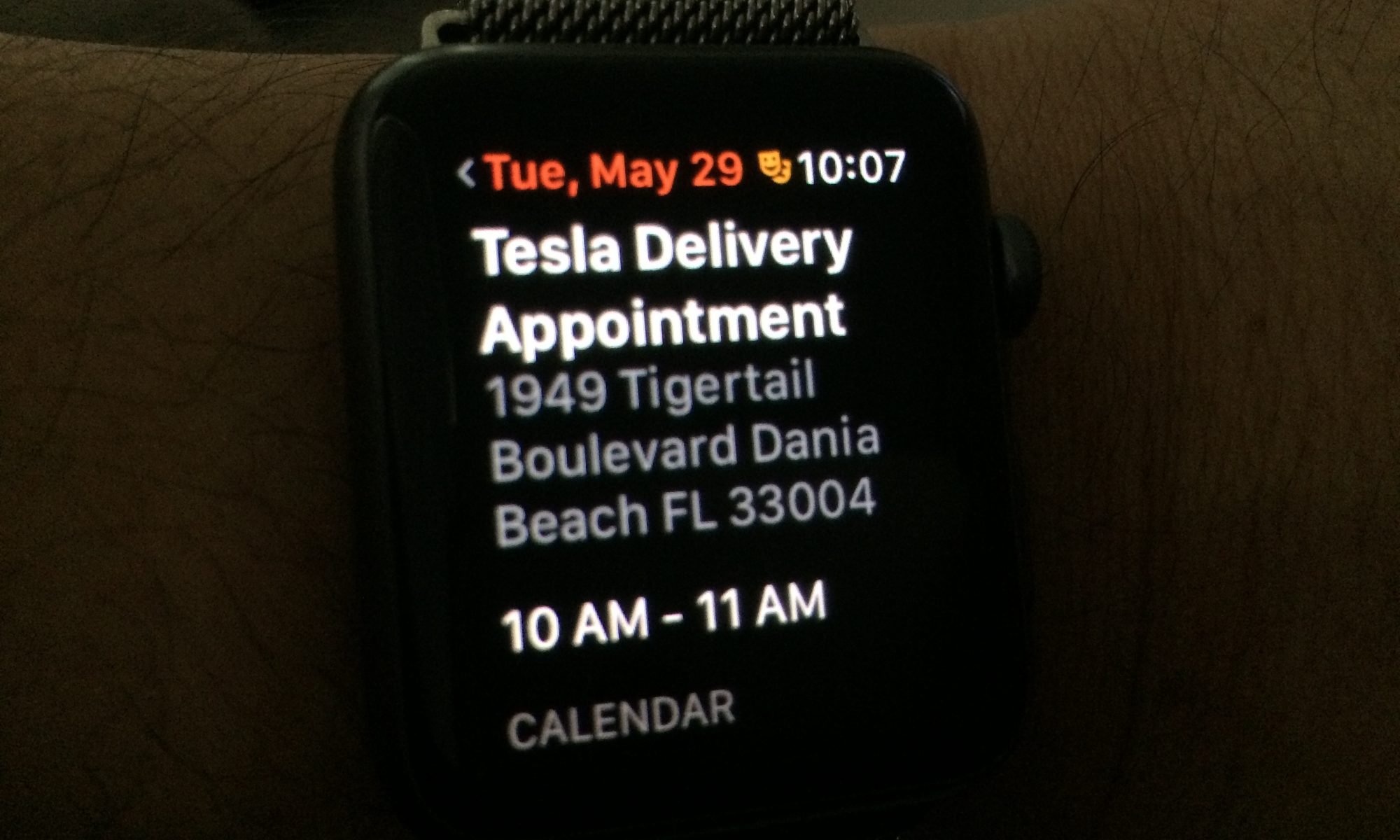 This is the first post of the site, so I will keep it short and sweet.

Thank you for the visit, and don’t forget to subscribe to my YouTube channel at YouTube.com/TesLatino. Send me your questions and I will try my best to answer them on the channel.

We own Tesla and Support Elon Musk’s mission to accelerate the world’s transition to sustainable energy.